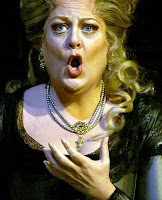 The old adage says "Practice Makes Perfect." However, my high school music teacher disagreed. She said, "Practice Makes Permanent, so make sure you're practicing perfectly if you want practice to make perfect." In other words, practice correct technique.

I always was something of a perfectionist. I know that because I was always disappointed. I never quite live up to the standard I expect from myself. In my later years I have learned that only Christ was perfect - that's His job. Mine is to be obedient.

The scripture tells us it is "by practice" that we learn to discern between good and evil. If I am practicing, or repeatedly doing, something I know is not good, then I am not exercising discernment. Before long, my mind gets a little muddled and I find it hard to sort through issues that used to be clearly black and white.

That is when I appreciate the concept of "renewing" my mind. I spent two days last week attending The Leadership Summit. It was renewing. During one of the talks the speaker, Wess Stafford, ended by speaking about the importance of forgiveness. He endured much abuse as a child at the hand of dorm parents, so he knows of what he speaks and he lives in forgiveness. He said,


If you don’t forgive, you put yourself in prison. You allow others to live in you rent free.

I came to the startling conclusion that I needed to release someone from my emotional life against whom I have held a great deal of bitterness.

Do you know how habitual bitterness becomes when you've practiced it, nurtured it, cultivated and fertilized it for many years? The roots go deep. You may chop it down to a stump but unless you keep snipping off the new shoots or remove the stump, it will continually resurface.

This change in attitude does not happen overnight. There will be many, many days yet to come where I am going to have to "practice" choosing not to be bitter. Today, I practiced doing that one more time.

One day at a time...learning to forgive. Release. Find freedom.

"Remember," Wess Stafford says, "forgiveness may not mean forgetting, or that it was okay." He explains that it does not necessarily mean the offender is released from the consequences of his/her actions, nor does it demand reconciliation (though some have found even that was eventually possible). "However," he says, "forgiveness does mean giving up the right to revenge."

And you know what helps? Remembering that others have it much worse. Horrific situations. Here's one sobering example that makes mine look so paltry, so trivial, yet I must still deal with my own bitterness, no matter how insignificant I think it might be. It's a cancer that keeps me in an invisible prison.

Click on the link to watch the movie trailer for As We Forgive. 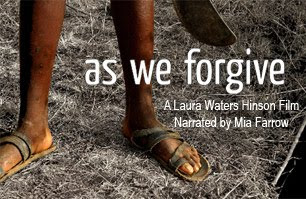 When I re-read this post, this whole exercise sounds so much easier than it actually is. If you've lived even 20 years, I'm guessing you know this.

Giving (and receiving) forgiveness is an exercise in repetitive practice. One day at a time...learning to forgive. Release. Find freedom. Repeat tomorrow.
© Joyce E. Rempel on 8/10/2009 11:09:00 pm