Not Fame but Faithfulness: Brian Doerksen 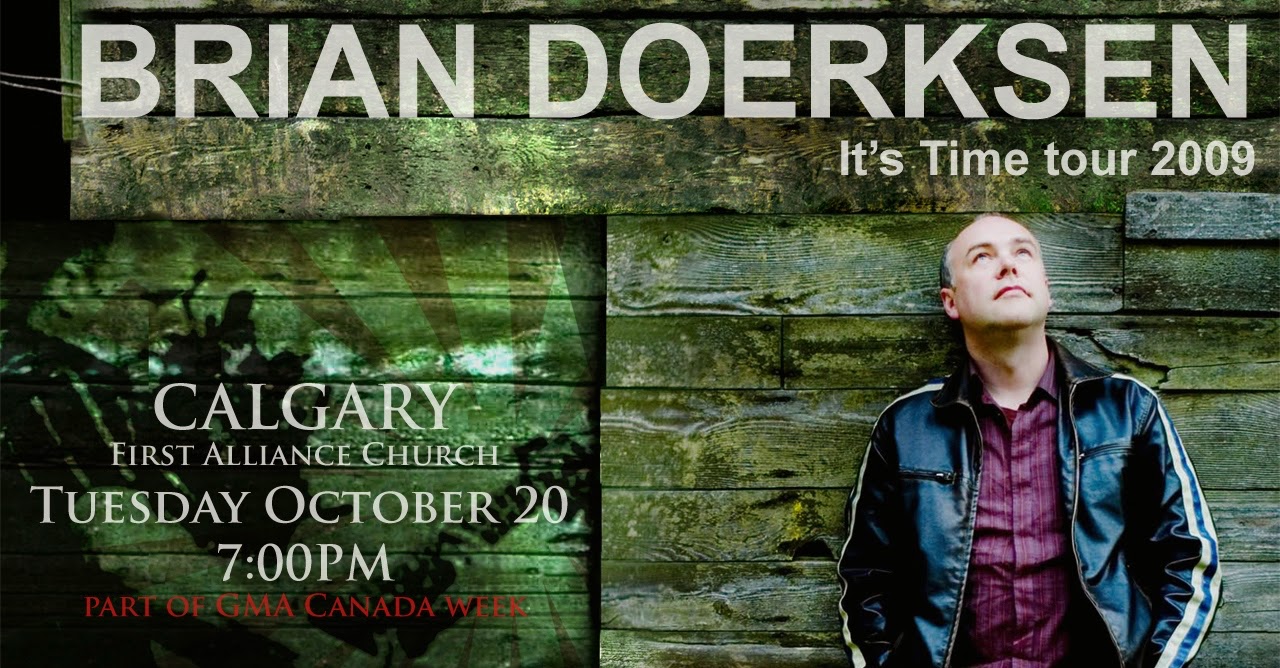 Before his 2009 concert in Calgary, Alberta, I spoke with worship leader, Brian Doerksen, whose original songs are sung in churches world-wide.  Over 85 are listed on the Christian Copyright Licensing (CCLI) database with “Come, Now is the Time to Worship” consistently ranked near the top. Doerksen has garnered a Dove, a Juno and multiple Covenant Awards but still believes the highest calling we have as human beings is to faithfulness.
The quiet-spoken Doerksen says he isn’t an expert, but is sharing a glimpse of the things he has learned of God. Doerksen explains that while humans fixate on success and achievements, God is interested in our character.
Doerksen is married and has six children, two affected by Fragile X syndrome. Since over 80 percent of marriages with handicapped children end in divorce, his upcoming 25th wedding anniversary will be quite a celebration. “How God shapes us in our journey has often to do with things that we wouldn’t sign up for,” Doerksen said, “and we have to learn how to follow the voice of the Lord. Most of that voice is not about grand things, it’s about staying faithful.”
His new book, MAKE LOVE, MAKE WAR: Now is the Time toWorship (David C. Cook, 253 pages), is a collection of stories behind some of his songs along with poignant personal anecdotes and practical tips for aspiring songwriters.
“There was a moment where the idea came to me that I’m supposed to do this,” Doerksen reflected, “and I immediately pushed it away and thought, ‘No.” I was 41. I remember hearing John Wimber say ‘Don’t write a book before you’re 50 because you don’t know anything’ and I thought, ‘Boy, that’s right.’” However, as his team of intercessors were praying, they would envision him writing and one asked, “I think you’re supposed to be writing, is something coming?”
“It’s not like I wrote the book and then shopped it around,” Doerksen says. “The publisher came to me and said, ‘There’s a book in you.’”
The book was two years in writing. Doerksen says he’s still learning but wants to link arms with the next generation through mentoring new worship leaders while still reaching back to his father’s generation.
“We need each other,” he says, “and sometimes writing a book helps.” When people read of what he was going through when he wrote certain songs, they are touched. But for the next generation, who just want to get on stage, they read the real-life drama and say “Woah, there’s more to this than I knew.”
The book received high praise from authors Mark Buchanan and John Eldridge as well as musicians Paul Baloche, Tim Hughes and others. Buchanan describes it as “both a pastoral and scholarly mediation on the character of God.”
Doerksen does not plan a book tour. “I don’t have time,” he says. He is prepping for a new live worship album in 2010 and serves as Worship Arts and Teaching pastor at The Bridge in Abbotsford. He stays available for his kids, from helping his college-age daughter move into her first apartment to being with the 10 year old who doesn’t speak and needs his dad to wrestle with him.
And about those awards? “What I do isn’t for people,” Doerksen declares. “If you’re doing it to win an award, it’s gone in a moment. Your reward has to be your fellowship with God and with other people.”

Doerksen’s project at the time was PRODIGAL GOD, the epic tale of two brothers and one wastefully extravagant father. See more at http://www.prodigal-god.com/.

For a current update on Brian's recent projects and work, see his webpage, http://briandoerksen.com/