Epitaph: The Résumé of Your Life 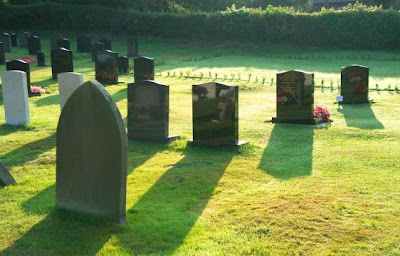 I love quotes. My Twitter feed and Facebook status are peppered liberally with wise and inspiring words from notable scholars, experts and philanthropists. I also post items that make me think and, not nearly often enough, things that make me laugh.

Aren't epitaphs something like a favorite quote? Pithy sayings that attempt to sum up one's life? A few months ago, I was reading something which led me to post, "I would like my tombstone to read: 'She persevered.'"

Sincere. But uninspiring. Reminds me of the old Peanuts cartoon in which Charlie Brown's pitching never seemed to earn his ballteam a victory. At the end of yet another loss, he laments, "How can we lose when we're so sincere?"

Perseverance is an admirable virtue, don't get me wrong. Necessary for all achievement. But it also carries with it the secondary meaning of slogging it out through miserable circumstances without any real hope of accomplishment or victory.

As I have been conducting a job search for the past six months, I have persevered. With no visible results (ie. I don't have a job). Granted, I have two interviews scheduled in the next two weeks. However, I have been mulling how backwards the job search process is. How can I know if I would fit a job? Why should the employer hold all the cards? Shouldn't I rather determine if the job would fit me? That would be in the best interests of both parties and your clientele.

We've all seen it, the employee who is a bad fit: she absolutely hates her job and resents you, the customer, for requiring her to do it. The anxiety-riddled man who eventually becomes incapable of the simplest tasks because he’s been promoted to his highest level of incompetence. The person who takes a sick day every other week or the one who makes a fool of themselves at office parties.

But then there are the surprise endings. The engineer who discovers he's a poet. The nurse whose husband gives her painting lessons for Christmas and within two years, she has her own exhibition. The quiet gentleman who loses one job only to discover being his own boss as a finishing carpenter not only earns him a living, it earns back his self-respect.

So, yes. We must persevere. But let's be clear about why we are persevering. And let's be certain that we include more in our lives than just grunt effort. In my six months of persevering, I have also been clarifying what I value. What adds meaning and purpose to life. Because if a prospective employer doesn't value those same virtues, I'm sure the job will be a bad fit. No matter how much it pays.

I'd rather my tombstone said: "She was inspiring, kind and funny."

Perhaps that's what my resume should show too.