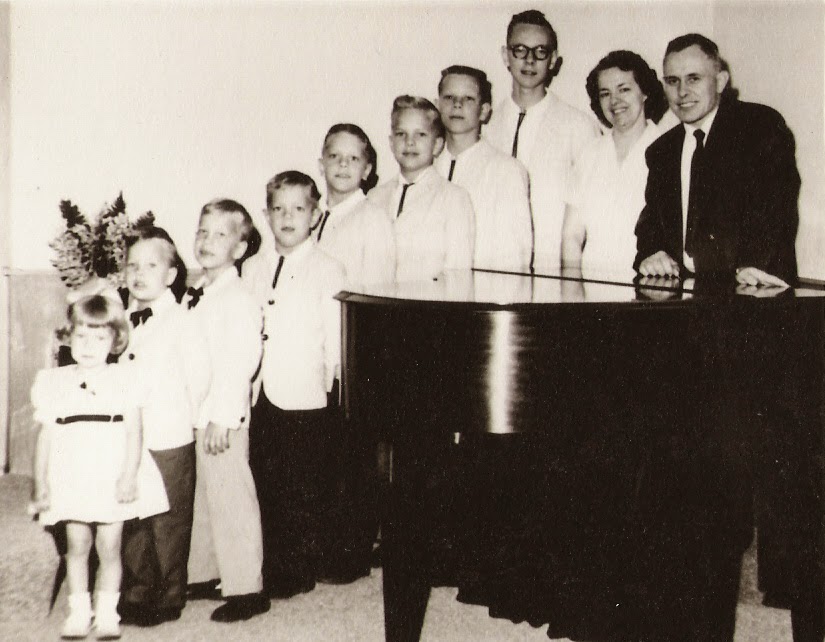 Sometimes I think I would like to go back to the beginning, to tell my story because I keep seeing posters and blogs and quotes that tell me how important my story is and how much it needs to be shared so that others can benefit. (Yours too!) Yet I’d rather curl up in the fetal position under the duvet and sleep it off. My story includes stupidity, joy, success and failure, shame and forgiven sin, brokenness and healing, struggle and dis-ease, sickness and health, riches and revoked credit cards, conflict, reconciliation, addiction, freedom, rage, serenity, horrific loss and a heart overflowing with gratitude. Yes, my story covers the gamut, as does yours. But I should start at the beginning.

Trouble is, how do I know? Where is the beginning?

Is it where I was born the youngest and only girl to a family already full with seven rowdy rollicking boys? To a preacher dad and a would-have-been-a-missionary-to-Africa mom? 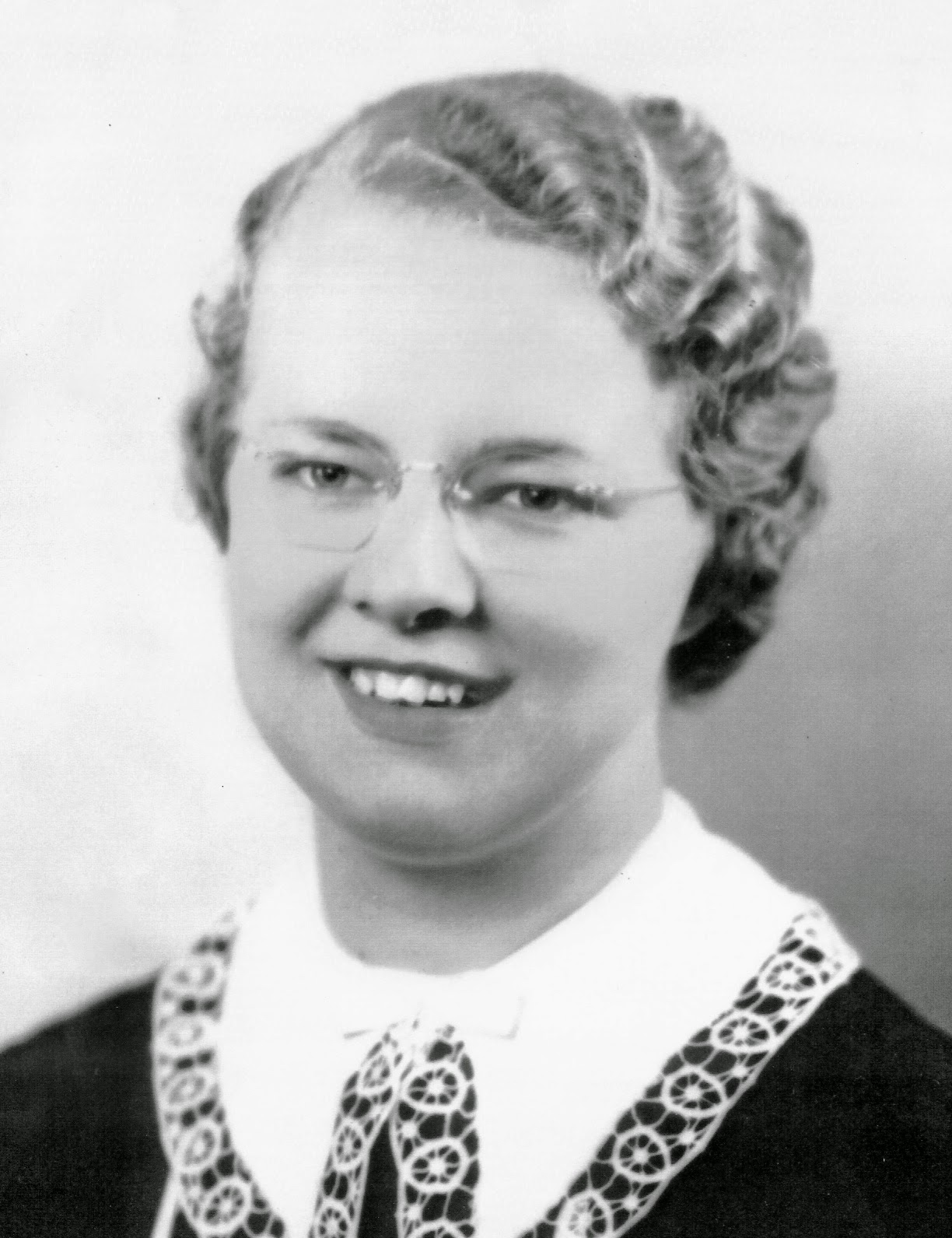 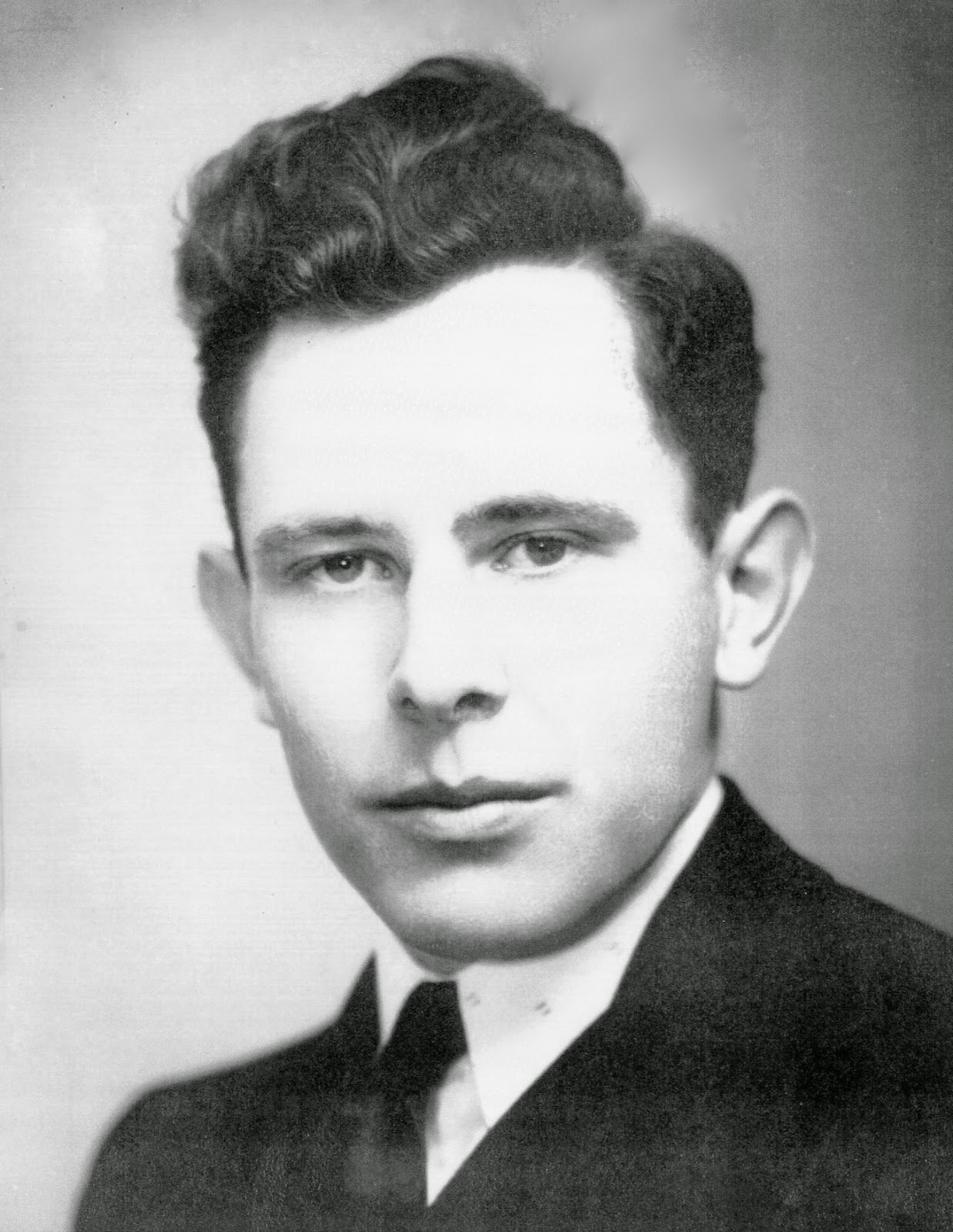 To that house on 3056 W. Madison that now has been renovated and belongs to another family that somehow decided six bedrooms and a two-room annex would suit them?

Was the beginning of my life that 19-year family road-trip every weekend and every summer to sing in 200 churches a year and stay in as many different homes of total strangers and come out of it aware of how completely normal dysfunction can be? 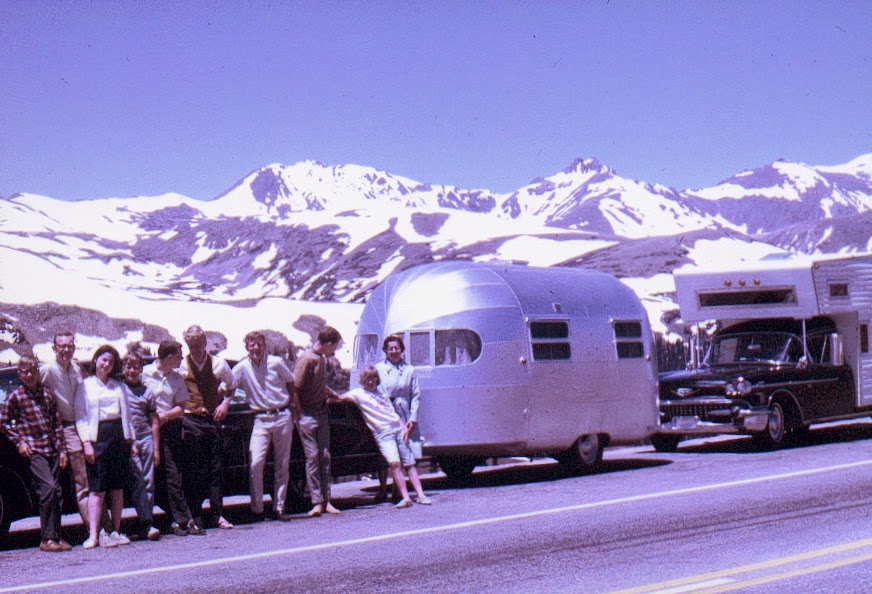 Or is the beginning when I went to school at Westport in grade one because kindergarten was optional? Where I fell in love with reading in Miss Snyder’s grade three class, learned to sing “Supercalifragilisticexpealidocious” in the hallway, discover that sweeping compound can clean up vomit, learned to dislike corn from a can, forgot to collect the milk money from the machine to put in the safe and it was stolen, prayed every day that I could learn how to “just be nice”, discovered how much those soft red dodgeballs hurt when they hit your face, how good the honeysuckle and gooseberries tasted on the other side of the playground fence, where I was one of the best female softball players, often the fastest girl runner and had my first poem published on the grade six bulletin board?

Or was Junior High at Study the beginning, since it was mercifully close to Dairy Queen and the donut factory which we only stopped at occasionally after Wednesday night prayer meeting, but school ended up being a place where I made a complete and total fool of myself in front of the entire student body trying to be a clown? Or where I played piano accompaniment for the national anthem at an assembly, shaking and terrified and didn’t make a fool of myself but only mom came to watch, not dad, and where I won a spelling bee and played guitar at our grad while singing a duet with my best friend?

Or was high school the beginning? A freshman while my brother was a senior, learning to drive his ’71 3-speed Camaro, where I took three years of Home Ec as a practical science instead of natural sciences because my first year biology and mutilating that poor frog didn’t help me understand anatomy at all? Where I was told about erections in cooking class from the senior girl with whom I later double dated? Where Mrs. Bilyeu let me sing solos and trios and madrigals and how the trio with Diana, Lori and I got #1 ratings at State Music Festival but my solos never made it past City Festival? Where I fell in love every year with a different boyfriend and I worked part time and kept a 4.0 GPA and then got robbed at gunpoint in my driveway after grad while on my only date with the valedictorian? Where my friend told me I was part of the popular crowd but I didn’t know that? (Isn’t perspective an odd thing?)

Or was it the church I attended, recommitted my life to Jesus, got baptised and was eventually married in? Where I learned to play percussion in the band and sing alto in the choir and where a Junior High Sunday School teacher gave me The Way (a Living Bible paraphrase) which kept me company every single night for the next seven years and moved me to want to be a missionary and taught me that I am complete in Christ? Where some in the youth group were using drugs but I never knew until one of them got convicted during revival meetings and decided to give his joint away. 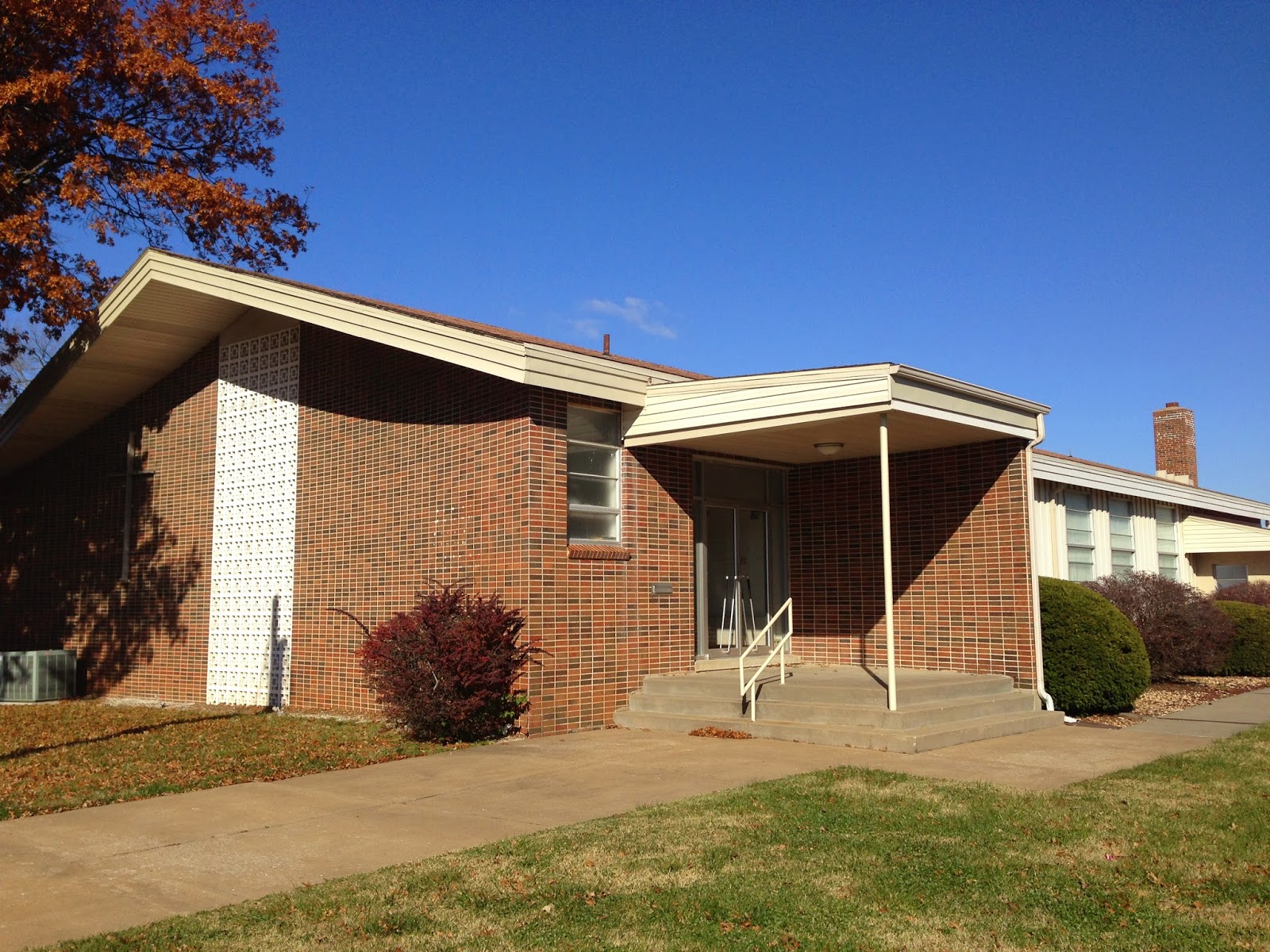 Or was the beginning going to college, thinking I was finally out from under my parent’s strict rules and discover that the college rules were worse? Where I became a rebel while studying why I believe what I believe, learned which liquor I did and didn’t like, and also against the rules - watched my first movie, Camelot, on a 70mm screen? Can I just say Lancelot (Franco Nero) was magnificent? (Apparently Vanessa Redgrave thought so, too.)

Or was the beginning when I began to live in community with others at college, in the pseudo-sorority house with my brother’s ex-girlfriend, and four years in the dormitory both with and without roommates and living across the hall from two Canadian girls who are still my friends? Or was it singing in oratorios, concerts and tours with the Chorale, where I first did an air for alto (He was despised) which brought some to tears, being the first one to solo in radio chapel with a recorded accompaniment track, or was it being in the quartet that traveled to recruit new students and counsel at camps? Or was it becoming a youth leader in my brother’s church clear across town, singing in their choir and introducing one of my young people to my boyfriend’s best friend and they get married five years later and are my friends to this day? Was it having a new job every semester, cleaning houses, toilets and soiled laundry for demanding rich women to pay tuition, or selling office supplies or making photo copies or monitoring alarm systems or serving in a bridal salon? (Completely out of my depth but did I ever get a good deal on my wedding dress!) Or was the beginning realizing that at college, I learned to believe for myself what I found to be true about God?

Or could “going back to the beginning” be the day I said yes to Brent’s proposal, finished my degree in music and then married him and moved to Canada? Yes, this seems more like the beginning of “my” story. For there and then, I was without family, without friends, and began – for the first time – to live life as an individual and as an adult.

Now that we’ve determined the beginning (thank you for sticking with me this far, it’s helped!), I think about where the story ends. As any writer knows, for good story you need a beginning, middle and end, with significant conflict and crisis to add interest and tension, with a satisfactory resolution or surprise twist. Well, I have all of that. Some you know, much you don’t. What to include and what to keep silent – this is the dilemma of the memoir. Readers tend to shy away from those who indiscriminately open their emotional trench coat to reveal every shocking, naked detail of their story. Can we say “TMI”?

So the story ends, we assume, with my death. So I can only write about my life up till now and how the life verse I chose from the epistle to the Philippians when I was in college seems quite appropriate to interject at this point:

“God, who began a good work in you will be faithful to complete it.”
(my paraphrase of Phil. 1:6)

God continues to shape, delight, love, teach, guide, relax with and comfort me. I trust in that, and am grateful for the place in which I find myself at this moment, despite trauma, despite being orphaned and widowed, despite gaining and losing jobs, buying and selling homes, and figuring out how to be an adult in varying degrees of success and failure.

I am healthier now physically, emotionally and spiritually than I have ever been. Primarily because of God's grace and love, and partly because of an intentional practice of acceptance and gratitude (which isn't constant, but getting better). That brings me to the best attitude of my life so far, despite still struggling with ghosts from my past. I have a wonderful future ahead, my son getting married to a lovely young woman, my new husband and love sharing life with me for, oh, 50 years or so and then we'll re-negotiate...

I will begin at the beginning – at some point – and tell my story, but God says there’s still some “tweaking” that needs to be done before that day.

Thanks for being my friend. You’re part of my story and I am part of yours. Let’s write better stories together, yes?

Email ThisBlogThis!Share to TwitterShare to FacebookShare to Pinterest
Labels: faith, life or something like it, memoir, story