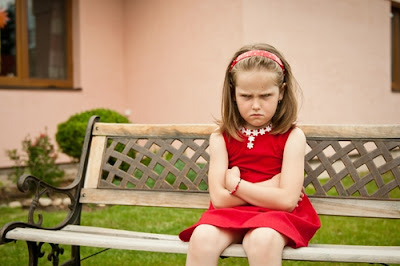 Anyone been offended lately?

"You need thicker skin," he said. "If you're going to put your stuff out there, you need to know people will blast you for it when they don't agree."

Thus, the writer's dilemma. While you want to tell the truth, the facts are certain and you choose your words as carefully and conscientiously as you can, someone, somewhere, will still be offended or misread or misconstrue what you have said. Or, God forbid, they take it personally and think you were writing just about them, criticizing them alone.

Carly Simon sang about it: "You're so vain, you probably think this song is about you." Roberta Flack was mortified by the singer who was, "Strumming my pain with his fingers, singing my life with his words, killing me softly with his song."

If you are going to speak to someone or write about an issue that needs attention, don’t cloak it in flowery language and subtleties. If you have an issue with me or anyone else, first be sure that they were directing their remarks at you. Once that is established, speak to that person privately and directly in clear language. Let your “yes” mean a wholehearted agreement and your “no” be a genuine heart-felt certainty. I don't take hints, suggestions, unsolicited advice or group emails personally. I hope you don't either.

But when we differ, and that will happen, or when we are wounded or enraged by what we hear or read, what helps to move us on in maturity rather than dissolving into juvenile insecurity or resentment?

Start by not taking it personal. Not taking offense.

Each of us was given a brain, perspective and discernment. As you read, hear or think about what is expressed, rather than responding in anger or recoiling in hurt, receive it with an open heart. Ask yourself why it hurt. Is there possibly a lie I might be telling myself? Measure it, sift it, name the pain at its deepest source, then self examine. Did this blog post or that Facebook status update or your friend’s offhand comment might just have a grain of truth in it that could help me grow, mature or be a better person? If so, take it to heart. If not, discard it. Forget about it.

Not everything applies to you.

However, if we keep reacting to the same thing from different arenas, we would be wise to consider it carefully. If something touches a particularly insecure part of your psyche, try to avoid withdrawal. Don’t skulk away and complain to your confidants how rude the writer/speaker/blogger or your friend was. Hostility is a popular form of denial. Your friends and family, who want to avoid drama, know they just can’t "poke the bear." So, for the sake of peace, they may pat you on the shoulder, murmur reassurances to feed your bruised ego and let you continue believing that you have arrived and there's absolutely nothing in your life, beliefs or behavior that needs to grow or change.

I think we all know that isn’t the case for most of us (unless you’re a sociopath). When we stop growing, we die. When we stop caring, we're dangerous.

So, no, you don’t need thicker skin. And neither do I. But sometimes we do need to take a deep breath, take a chill pill, let it go, scroll past without commenting or retaliating. It's not all about you. And the world will go on, even if you aren't there to fix it.