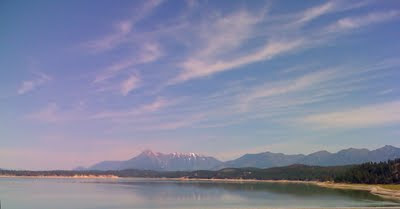 Another writer stated “I have felt very quiet lately. Life can do that to us sometimes. I find, quite simply, that I don't have many words right now.”

Ecclesiastes tells us “to everything there is a season.” so I conclude that silence, for a writer, is a season.

I have learned that not all seasons are the same length, despite the calendar dates indicating the solstice and equinox. It varies greatly depending on your geographical location. In Canada, winter is much longer than summer.

In my life, not all seasons are the same length either. They vary greatly depending on my physical, social and spiritual condition.

I am in a season of few original words, written or spoken. I have chosen to read and listen. During the past week two poems have surfaced, but have yet to exit first draft stage.

Email ThisBlogThis!Share to TwitterShare to FacebookShare to Pinterest
Labels: writing