Not Your Grandma's Choir 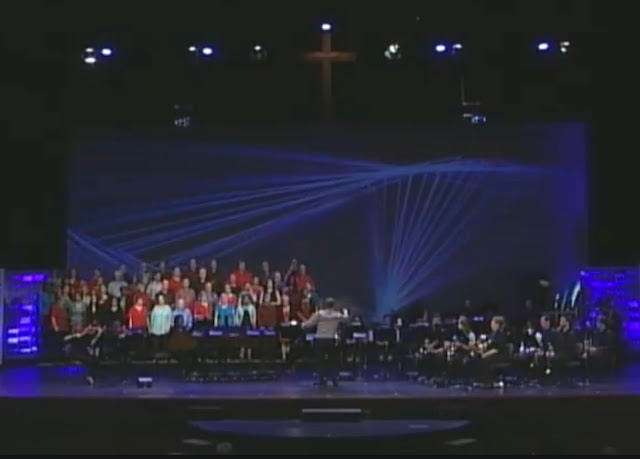 Music gives a soul to the universe, wings to the mind,
flight to the imagination and life to everything. — Plato

Of all the things I've done in life, singing in a choir has been the most satisfying. I've sung in many choirs, under directors/conductors of all abilities, covering all styles, from classical oratorios, to broadway, opera, and contemporary and most everything in between. I've been challenged, I've been bored, but mostly I've just been happy to sing.

I've directed three different adult choirs--one for six years--and various ensembles, youth and children's choirs. But I enjoy singing most of all. And the music I most enjoy singing are songs of testimony, encouragement, eternal truth, and transcendent songs of adoration to our great God. These renew my mind, my spirit and my hope, get my eyes off the "waves and wind" and onto the Solid Rock.

Oh, sure, it's nice to think of the days when I've done solos, and though that's an earthly honour, it's still not as soul-satisfying as raising the roof and dancing in my home church with thousands while we celebrate victory in Jesus.


And those who were seen dancing were thought to be insane
by those who could not hear the music.  — F. Nietzsche

We wrapped up our church choir season today. While it's nice to have a break from the weekly rehearsals, I know I'll miss the music soon and will start counting down to September's start-up. Even more, I will miss the choir family--these beautiful souls all making beautiful music together, praying together and serving in humility with genuine joy.

It's an honour to harmonize with them about things that will still matter an eternity from now. I am so grateful for this gift.


Next to the Word of God, the noble art of music
is the greatest treasure in the world. — Martin Luther 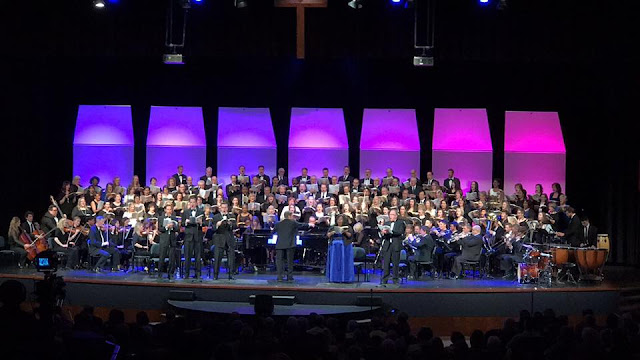