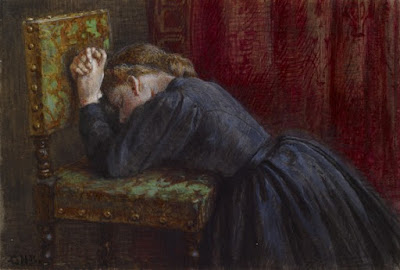 When Louie began praying for Obama, then Clinton, then Trump, that God would bless them and give them wisdom, that he would surround them and make them wise leaders…

I realized, to my own shame, that as often as I have said we need to pray for our leaders, because the Bible tells us to, I didn't and I resisted what I heard Louie saying. I viewed them as my enemies. All evil.

I viewed the press the same way.

My realization is this: I feared "man" more than God.

The reality is this: These are human beings, loved by God. Christ died for each one of them. I need to love them - in humility and respect for the image bearer of God they were created to be and to pray against the influence of the enemy in their lives. All of them. Politicians and press alike.

Further, what if I prayed for every person that triggers my fear and anger? What if I talk to God about it instead of throwing my hands in the air, rolling my eyes, posting my view online, vowing to move or reaching for the wine?

God can and will work in this and every "unthinkable" situation for his glory and for the good of those who love him.

My only hope of change in my world is if I live by what I say I believe. And pray for them. See them as "us" and not "them".

The ground is level at the foot of the cross.