Not as Those Without Hope 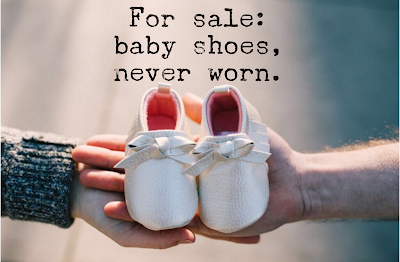 It was the wee hours of the morning in mid-January, 1974, when the phone rang at 3056 West Madison. Frank Nickel answered and heard the anxious voice of his oldest son, Charles, on the other end of the line.

"The baby's started coming, one foot is already out, what do I do?"

After instructing his son to call for an ambulance, Frank rushed to Charles' home, arriving before the ambulance did. Together they struggled to deliver the child, but since it was a breech birth, it was very difficult and took much time. I do not remember if the baby was born at home, in the ambulance ride or at the hospital.

For two days, Angela Kay, fought for life in the newborn nursery at the hospital. She had fluid in her lungs, inhaled during the extended delivery. I stood at the nursery window and wept, watching her little chest heave involuntarily in shuddering spasms as she gasped for air. I begged God to spare her, but her lungs were too compromised.

I listened as my family went through the various stages of grief, anger and blame. Why didn't the doctor know the baby was breech? Why did it take so long for the ambulance to arrive? Why were the ambulance attendants not better trained in labour and delivery?

My parents were heartbroken, not only for the loss of a granddaughter, but for the pain brought to bear on their first son and his wife. They knew the truths of scripture, but this was the first untimely death of a direct family member. But it was not the last.

I had just turned 16. I don't remember anyone speaking to me directly about this loss. I don't even remember if there was a funeral. I was present with the family when I wasn't at school (did I even go to school during this time?) but I knew nothing about dealing with grief.

Mom and Dad were already reeling from a fallout with their son, Jack, who had cut off contact with them in the prior year. I witnessed first-hand the anguish, heartbreak and grief my parents experienced as a result of the severed relationship. They prayed daily for all their children and extended family, but spent many more hours in supplication for Jack, and for guidance in how to appeal for reconciliation.

But Jack was out of touch. He had enlisted in the Marines and told them not to contact him. The enlistment was a further blow for our parents, raised as conscientious objectors who are opposed to war because of deeply held convictions against killing.

As you can read in yesterday's post, Jack became the second family member to face an untimely death, less than two months after Angela. How does a family heal from such devastating loss?

Yesterday, I found my father's answer to that question in his own words, written April 2, 1974 to those who had expressed condolences:

"Perplexed but not in despair." (2 Cor. 4:8)
Please accept our sincere thanks for your expressions of sympathy. The painful losses of Angela Kay, new-born daughter of Charles and Carol, on January 16, and then our third son, Jack Daniel, on March 2, have both resulted in the free-flowing of a fountain of tears. However, we have not questioned God's faithfulness or compassion. His Word has become more relevant and His presence more real, as the "peace that passeth understanding" has filtered through the shadows and settled as dew on our troubled minds. We are told to "lay up treasure in heaven." Now God Himself, has chosen to "lay up" two choice treasures for us. Need we say that heaven is nearer since they are there? How precious is the assurance of seeing them again!
Angela Kay died as a result of breathing complications after somewhat less than two days of life. She was a beautiful baby of nearly nine pounds. We do not know what caused Jack's car to leave the highway and strike a tree. He would have been 26 on the day of his funeral. His testimony for the Lord through the years, both in life and service, has blessed countless lives, both in our nation and in Canada,--also in many foreign countries by recording. His clear tenor voice thrilled us again and again, and his pleasant personality attracted many, wherever he went. He often quoted Psalm 16:11, "Thou wilt show me the path of life; in Thy presence is fulness of joy; at Thy right hand there are pleasures forevermore." His wife, Karen, resides with her parents presently at Enid, Oklahoma, and will possibly take up further educational training.
Your prayers, and expression of love have meant so much. May God bless you for them.
Sincerely,
The Frank Nickel Family

I also consider how my parents weren't aware or able to help me grieve while they were overcome with their own grief. I saw more "brave face" from my parents than I did sadness. I do not doubt that they grieved much in private, away from my eyes. So as an adult, through the recent reading and research on grieve and through participation in a GriefShare support group, I've learned the critical importance of giving myself permission to sit with the feelings of sadness as they rise.

Because I believe in the resurrection, I do not grieve as those who have no hope. But I still grieve. One of the ways I find healing is taking time to think, pray, journal or even blog about my losses with tenderness and honesty. I am no longer in despair, and after I publish this, I will go on with my life, which is filled with wonder, laughter and peace with the occasional bouts of sadness. But I have spent the past six years going through a number of steps to get to this point.

My encouragement to you, if bereavement comes to your family, is this: don't squelch your path back to wholeness by ignoring your grief. Take the time you need to express your grief in a safe place, a support group, a grief counsellor, reading good books (I've collected a list for you here). But while you are doing so, please also be aware of the younger ones around you who don't know how to do this and may not understand what is happening. It's important to give them comfort and reassurance that is age-appropriate, and to let them see your sadness.

If you've been through this, what other things have helped you process your grief in a healthy way?