The Grudge Has Met Its Match 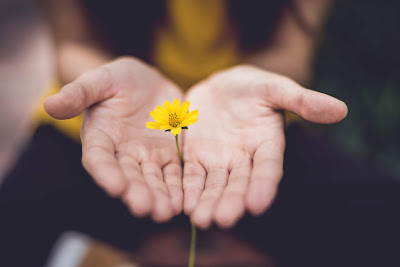 Confession: I was about 30 years old when a friend did something that hurt me very deeply. She was one of those really nice people that everyone liked, always well-behaved and never stepped out of line.  It was a conversation she had with my husband when the three of us were together. I had no evidence that she intended to be rude or insensitive. There is no way she could have known that ignoring me during her brief banter with my husband had touched a very tender part of my heart and created a deep wound in an already vulnerable place.

I was generally confident in most things, talented, outspoken, opinionated. But our marriage was troubled. I was insecure about my relationship and this short conversation triggered fear. My husband admired her. A little too much, I thought. My imagination was a bit too vivid: I could be abandoned, rejected completely, as I had been completely ignored while the two of them chatted. A small wound began to bleed and I didn't address it, so it began a slow downward spiral towards a root of bitterness in my heart.

What she said was frivolous, a thoughtless, throwaway conversation. But it stuck like a fish hook in my mind, and I gave it meaning and import that it did not merit. The talons of suspicion and jealousy clawed deeply into the raw layer of "I am not enough." I nursed that wound. Dark thoughts began to creep in. From then on, I viewed every interaction with deep distrust. I saw twisted motives in everything she did. And the grudge grew.


Because you're not what I would have you be,
I blind myself to who, in truth, you are.
~Madeleine L'Engle

I never talked to her about the perceived offence. There was a part of me that knew, deep inside, it really was my issue, my response, my pain, my fear but I didn't seriously sort through the emotions until years later. We were working on our marriage, but every interaction and observation with this person from then on was clouded by the firm (but flawed) conviction that she had the world handed to her on a silver platter and my husband was the next thing on her wish list. I believed this lie. I would ensure she never enjoyed our friendship again. If I could have, I would have tried to stop her getting anything good. It was a horrible place to be.


Holding a grudge against someone means
you think you know what they deserve
and you take it upon yourself to give it to them.
~Dr. Timothy Keller

Instead of sitting with the pain and discovering what it triggered in me, I blindly blamed her. Blame allows me to deny my own responsibility for forgiveness, reconciliation and restoration. For years I distanced myself. For years I viewed everything she did with distain and contempt, not even giving her credit for genuine successes she attained in her life. When we had to be in the same room at the same time, I kept up the pretence of amiable acquaintance, but it was stiff and disingenuous. Bitterness ate me up inside.

Author, Serena Woods, writes about this kind of bitterness: "If everyone did everything right concerning you, you would have never learned what the pain taught you. Lessons are valuable and no price can be put on them. Bitterness shows that hanging on to the failures of others is more important than the lesson.

Bitterness shows that hanging on to the failures of others
is more important than the lesson. ~Serena Woods

This went on for many years. It's amazing the staying power of a grudge. I could still tell you the exact words of that conversation, but now, I've begun to let it go. In 2010, I started attending Freedom Session, knowing I needed Jesus' healing for this and many other issues. I learned my bitterness and pain were rooted in fear of abandonment, insignificance, displacement. I learned to stop blaming and to get out of denial. To stop believing the lies that I was "less than." I learned to take responsibility for my own attitudes, actions and behaviours. I learned to make amends. But even after taking the course twice, I still hadn't completely accomplished the "forgiveness" step.

Not for lack of trying! I confessed and wept before the Lord on multiple occasions over the last 30 years since The Incident. But it had a deep root I regularly tended, watered and fertilized before I began listening in obedience to the convicting power of the Holy Spirit.

I thought I'd forgiven it, then from time to time it raised it's ugly head again. I'd have genuine, loving interactions with this person and then go home and the enemy would come in like a flood, suggesting nefarious intent of her part. It came like a roaring lion trying to devour me. I needed the armour of God!

But our gracious, good Father continues to wait, patiently, for the prodigal daughter to return. Over the past six years since I was widowed, by God's grace, I've begun to walk the path back to genuine, lasting forgiveness. I've sat with the pain, facing the stark reality of what unforgiveness has done to damage my relationships and my spirit.
The Holy Spirit gently points to what God has done in dealing with my sin. Can I do any less? 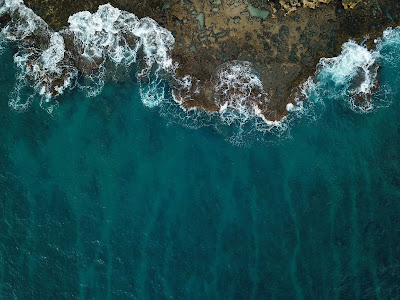 There are those who may be given an extraordinary grace to forgive instantaneously. But in my case,  forgiveness has not been a "once and done" action. Over and over and over, every time those old feelings of bitterness begin to creep back in about that ancient offence, I must choose to say (sometimes out loud so my heart hears it twice), "I distinctly remember forgiving that."

Now I need to release it.

Clara Barton, founder of the American Red Cross, was reminded one day of a vicious deed that someone had done to her years before. But she acted as if she had never even heard of the incident. “Don’t you remember it?” her friend asked. “No,” came Barton’s reply, “I distinctly remember forgetting it.”

I love what Joanie Yoder writes in Our Daily Bread: “God doesn’t say He’ll forget our sins—He says He’ll remember them no more! His promise not to remember them ever again is stronger than saying He’ll forget them.” She goes on, "Because Christ died for all our sins (1 Cor. 15:3), God promises to forgive us and never bring up our sin again (Ps. 103:12)."

This is my prayer. To continuously forgive and to stop remembering. The grudge has met its match. I choose to let God throw it all into the un-remembered depths; into the sea of his forgiveness.


God, whose every way is perfect,
Said in justice and in grace
That our sins He’ll not remember,
And our fears He will erase.
~Hess